A Question of Land

Posted by Rebecca A Emrich on July 11, 2009
I'm going to ask this question right now, do you think that there is a case for Hungary to claim Transylvania? welcome to all who are new, feel free to comment and ask any questions. Always good to have people here. 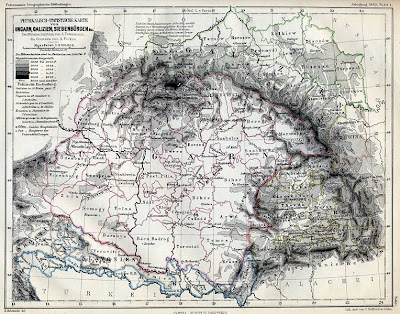 Do you think that they might have a point?


Do you think that since Transylvania has such a strong majority of Romanians it should be a moot point?
Hungary Romania Transylvania

Shurik said…
I don't know much about this though. I don't think there is a need of changing the situations and land in Europe. Europe is already very peacefulplace. if Hungary asks Romania to give Transylvania, then Romania will ask Moldova to rejoin them, this will create tensions. Now what if Russia start asking former soviet countries to join back. India and Pakistan have fought 4 wars for Kashmir and have had almost more than 50 dialogues.But the solution for Kashmir has not been come yet even after 60 years...lol. I think Transylvania very well belongs to Romania.
July 12, 2009 at 2:49 PM

Unknown said…
I think it's really a moot point, really.

First of all, as your blog clearly illustrates, Transylvania is an Eastern European melting pot: there are Romanians, Saxons, Hungarians, Romani (gypsies), and probably some Balts and Slavs mixed in there as well.

Borders are merely politics. It's the culture of the people that's really the heart of the country and what gives a country its distinctive vibe and voice. So what if Transylvania is part of Romania now? Anyone against it is because of their personal political views. It doesn't change the fact that the region still comprises a rich amount of other peoples who are just as vital to giving it its unique heart.