Posted by Rebecca A Emrich on August 28, 2009
Map of German Transylvania: 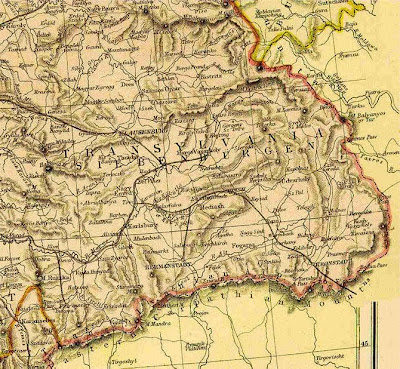 I got a very interesting email asking about the Saxons of Transylvania. So a bit of a change, and I'll do my best. The land that the Saxons lived in wasn't known to them as Transylvania, but rather Siebenburgen, roughly, seven castles. I'll give a brief start to these people today with more tomorrow.


The Saxon story begins with an invitation. King Geza II of Hungary needed people and gave an invitation for people to come to Hungary in exchange for land and more freedoms. Several hundred families accepted the call and went.

The land in the South was sparely populated. The Saxon settlers who came to live in Transylvania first cleared the land and founded villages and cities. This continued alongside the Hungarian and Romanians, in the mountainous regions. This was true of much of Transylvania at the time. During the next few centuries Mongols, and Turks invaded the land, wanting to get to Western Europe. Between the Saxons Wallachians, Moldavians, (These two groups would soon be known as Romanians) and Hungarians these invasions were slowed, and sometimes halted.
The most well known and finest of the Saxon cities is Hermannstadt or Sibiu. Below is the Historic Center. 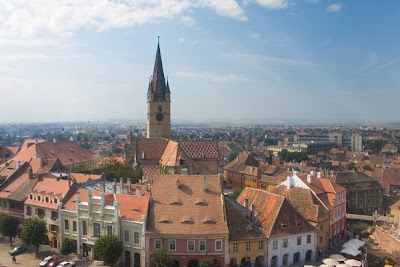 Deb Salisbury, Magic Seeker and Mantua-Maker said…
I love your photos. You bring Transylvania alive for me.
August 28, 2009 at 3:39 PM