Posted by Rebecca A Emrich on September 15, 2009
Below is an image of the seal of Michael the Brave, who was Prince of Transylvania. No, he's not related to Dracula in any way. Please I don't need any more emails about that question. 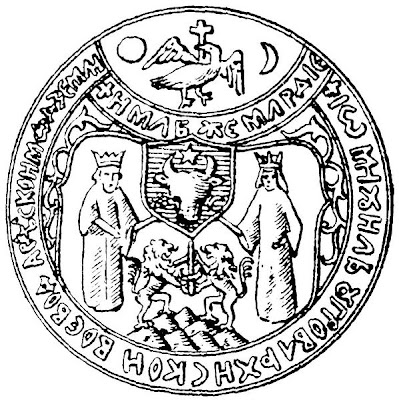 This is a drawing of Michael himself, he was assassinated in 1601. 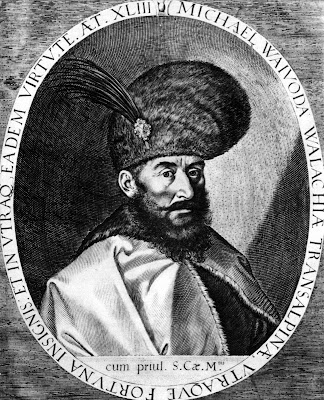 In a way he was also legendary as he was the first leader of all three province that would become Romania. He ruled over many peoples: The Saxons, the Hungarians, the Roma, the Jews, the Romanians.
What would happen had he lived longer?
People Royalty Transylvania