Saxons, and other things. 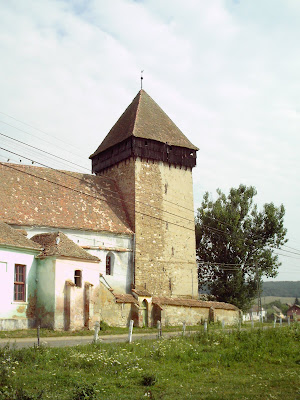 Some one sent an email asking the fortifications of the Saxons were to protect against the werewolves.

The short answer is no, as they people were more concerned with Turks, Ottomans and Mongols who would use the land to invade Western Europe.

The werewolf of the legend is simply that, but I think they also pointed out that the correct term is Lycan, however, when mentioning this to someone who knows the area they said the name wouldn't even come close to that: the name could be translated roughly to "wolf-possessed-man"

Does the legend have something to do with the area?