Just a Few Pictures of An Area Known As Transylvania

Posted by Rebecca A Emrich on October 30, 2009
Why these two cities? Well for one thing, My family is from a small village near Bistrita, and a cousin is originally from Alba Iluia, I'd add Timisoara, but I'm sure to get a nasty comment =)

My Aunt is from Timsoara, and she is a Swabian. It's to those who don't know an ethnic German, somewhat like the Saxons, but with a totally different culture and I might add dialect. Rather fun when we all get together, and it's German, Saxon, and Swabian languages in the house.. 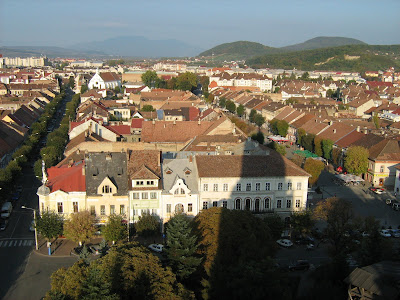 I was talking to the Romanian consulate, and wonder of wonders, they list the three provinces of Romania to be: Moldovia, Wallachia and guess the last one.... =) On A big map no less in the waiting room. ( Makes me wonder, how many more culturally diverse areas are in Romania.)
Oh and one more thing a new hub on Transylvania
Transylvania Transylvania Romania