A Prince of Transylvania? 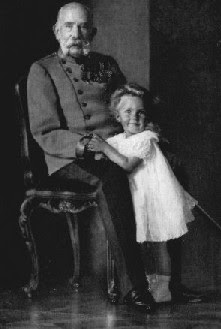 Yes there is such a thing as a Prince of Transylvania. But the question I'm asking is where is this prince now? And Why this picture?

Another, The Blessed Karl of Austria, Grand Prince of Transylvania, King of Hungary.

He died in 1922, and his son commonly known as Otto von Hapsburg is pretender to this throne. The picture above is of Otto and his great-uncle, Emperor Franz Joesph of Austria.