Posted by Rebecca A Emrich on November 15, 2009
I've long since been fascinated by Transylvania and the place it has in the World, The Empire of Austria held it until 1918, and then Romania received it. Some historian have suggested that Queen Marie got it for Romania, during the Paris Peace Conference.  However, she was there and played a strong role in promoting Romania, the fact remained that Romania had signed a separate treaty before the end of the war.  They were however, still allies, which did mean they would get some territory as a result of the victory by France, Britain and the United States. 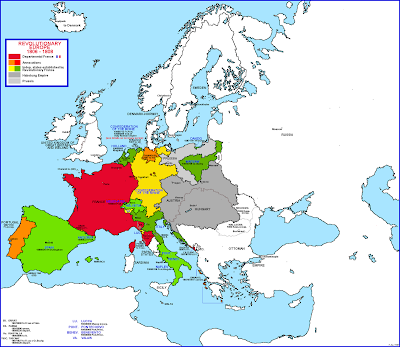 The map above shows Austria (or as it was called at the time the Empire of Austria, or the Empire of Austro-Hungary) in Gray, yes a bit bigger but this is a map from around 1918. Transylvania borders Romania, and At certain points, Germany and Russia. ( Before 1918, the Ukraine was a part of Russia and Poland was divided between Imperial Germany and Russia, Transylvania was a part of the dual Monarchy.) 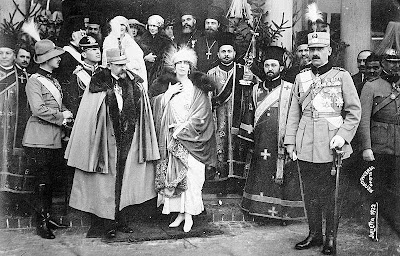 I wonder though one thing, Crown Prince Rudolf of Austria and Hungary was more liberal than his father and would have ruled Austria had he not committed suicide before his father's death. Here is an interesting link between the Crown Princess of Austria, Stephanie, and Queen Marie of Romania, they were distant cousins.  Also, had Archduke Franz Ferdinand not been shot to begin the Great War, it might have turned out that Transylvania would still be a part of Hungary.
Austria Hungary People Romania Transylvania

Della L. Marcus said…
It is true that Queen Marie lobbied unofficially in Paris on behalf of Romania, after the First World War. Queen Marie is one of the most fascinating royals, and there are quite a few books about her, including one I wrote entitled: "Her Eternal Crown: Queen Marie of Romania and the Baha'i Faith," if you are interested in finding out more about her, Romania, Transylvania, and her role at the Paris Peace Talks.
November 16, 2009 at 3:54 AM

Anonymous said…
It is interesting about all the people linked together
November 17, 2009 at 4:38 PM