Translyvania and Another "What If?" 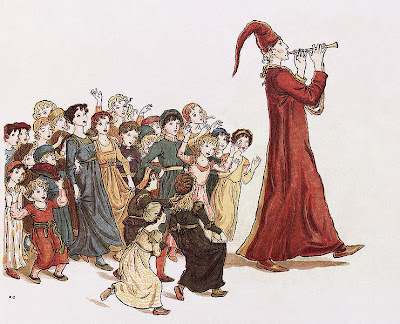 To have a bit of fun, with this post I'm adding another what if, and this has to do with the German Saxons of Transylvania. (There are other Germans in the Banat and in other areas of Romania, but since this is Transylvania...)
According to the "real" history after an invitation from the King of Hungary to help populate and defend the area he asked many farmers from the Rhine, Mosel, and other areas, and many came, of course it wasn't until later last century before many of the Saxons admitted that it was only 300 families, about 3,000 people (Given my history as a Saxon I find this amusing)
But an alternate history comes from Robert Browning and the Pied Piper of Hamlen, where he suggests that the children in fact form the nucleus of the German populate in Transylvania.
Now what if he was in fact right? ( In case you're wondering I do have this version of the poem at home in my personal library.)