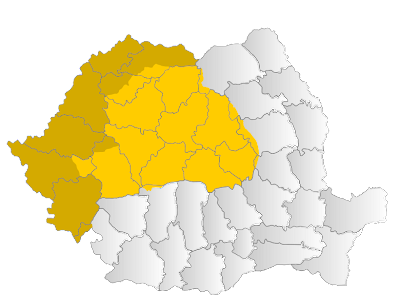 I recently had the privilege of getting an email from the Romanian Consulate in regards to my book.

It was cool. In it, I asked them about Transylvania and what the area is a part of. One of the most interesting responses as that Traditionally they regard Transylvania as being a part of Romania, and the Banat and other smaller territories fall under the region.

I asked why in another email.

It is easier for most of the other countries outside of Europe to think in bigger territory than smaller. I wonder if it wouldn't be easier to tell others of all the smaller areas in Romania instead of just the "three main ones" (Moldavia, Wallachia and Transylvania.)

Anonymous said…
that is silly, I would be more interested in the different regions big or small.
December 7, 2009 at 3:57 PM