Posted by Rebecca A Emrich on January 20, 2010
Below are some picture of Brasov, and two of them are of the Black Church, located in the city it looks wonderful in the summer and according to some who have been there, even better in the winter. 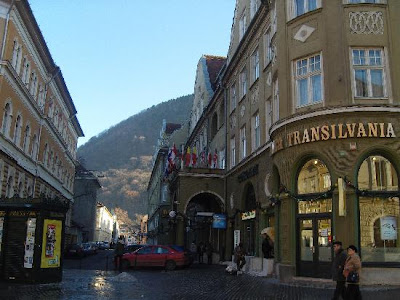 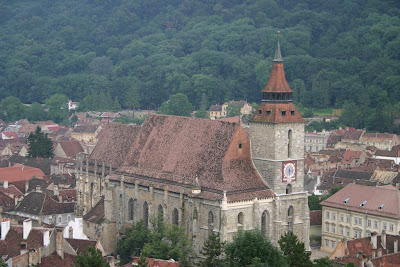 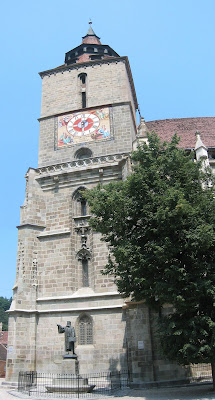 I love the tower above, but it also has a statue of John of Kronstadt, as the Saxons called the city, in front of it. A contemporary of Martin Luther, he is credited with bringing Lutheranism to Transylvania.  of course this was during the reformation, and this was a critical time in the lives of the many Saxons in Transylvania.

Rebecca A Emrich said…
lorenabr-- I'll take my limited Romanian and add this word in it, and assume rightly or wrong you mean jewel. Correct?
January 21, 2010 at 1:20 PM