The Blood Countess of Transylvania 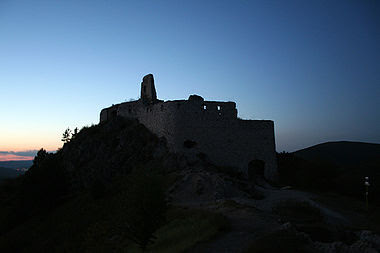 What is the fascination with Dracula, or more specifically Count Dracula?

I don't think most people really know Transylvania when they talk or write about Count Dracula. What amazes me, is that Stoker, when he wrote Dracula based it not upon Bran Castle but rather another castle, and another city far from the castle we associate with Dracula. Transylvania has a lot of castles, so one which is linked to the Romanian Royal Family is generally a good tourist booster. That being said, there is someone else who might just fit the "vampire" persona much better.

She was known to history-- local history, Romania or Hungarian History-- as the Blood Countess.  Elizabeth Bathory became notorious for her fears, and he sadistic streak to conquer them.  She feared death or at least the loss of her beauty. To keep her fears at bay and her beauty intact it is said she killed (according to some reports) nearly 600 girls to keep her youth.

Why do we not mention her, after all these young women lost their lives because of her. Why do we not know of her?

I write about this because Dacre Stoker (great grand nephew of Bram Stoker) wrote the new Dracula book Dracula: Undead... I don't think he knows much about Transylvania- as it is once again based on the first book- Dracula.  Even in this book, much of the action takes place in London.  Then the twist to it, was the ending.

He does however know a lot about marketing...

Stoker, the younger, seems to want the ending to be similar, yet more hopeless than the original.
Castles Cities of Transylvania Dracula Romania Things about Transylvania