The Countess of Blood: True Person from Transylvania? 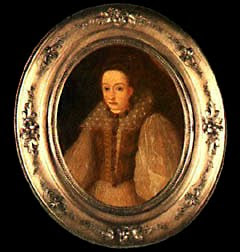 Was the Countess of Blood a true person who lived in Transylvania?

Was She born in Transylvania? Why this name-- Countess of Blood?

Her name was Elizabeth Bathory and she was born in Hungary and was a part of the famous Bathory clan.

This would prove to be of importance in her later life. She was married at the age of 15, and then made a fateful move to the southern part of Hungary, which was at the time Transylvania. In fact her husband was of lesser nobility than she was and she kept her name Bathory.

She would go one to have six children but two would die young. After her husband died, at the age of 47, she became obsessed with beauty, or more specifically eternal beauty. It was rumoured that she thought that blood from young women could keep her youthful looks.

This would led her to kill 80 young woman, although some accounts have put that number as high as 600. She was however only accused of killing 80 young women.
In the end, she would be walled up in several rooms, and would die in 1614. In an interesting irony she is also known as Countess Dracula. She has more links to the character Dracula than the person Stoker used to create Dracula.
If she had not been what she became I am certain someone would use her castle as a tourist attraction.
Legends People Royalty

Michelle Scott said…
I've heard about this woman, too. I believe it was either on NPR or PBS. I found it so disturbing,I couldn't listen to the whole report. Talk about truth being stranger than fiction.
May 6, 2010 at 8:10 AM