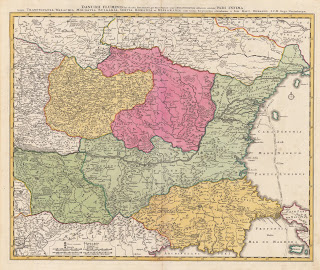 This is a bit of a past forgotten and but of history on the real people of Transylvania. Not Dracula! Arthur Arz von Straussenburg was a Saxon, and an ethnic German in Transylvania. He was also a part of AutroHungary Empire in its military, and fought as a General during World War I.
What I found most interesting about this man is, although he was a good strategist, he followed a lot of orders. Of course when he became general, Franz Joesph was dead and Emperor Karl was reigning.
Still, He was a part of a time in history that proved that changed Europe. Still he took responsibility for failure, which is unique. In a way, it was sad to learn of his last days living in Hungary and dying in near poverty after the defeat of Austria during World War I.
I wonder what he would have thought of Transylvania today.