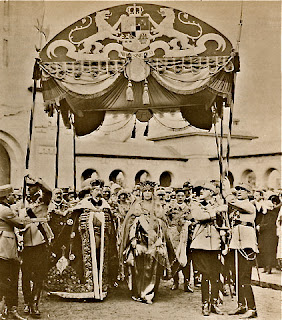 I got an email asking if Queen Marie's children married into any Hungarian royalty.

Illena:  Married an Archduke of Austria.

Mircea: died at the age of Three.

So as for the Romania family there, the connection of Hungary and Romania is not there, but there is a lot of Ties with Transylvania and Queen Marie.
Romania Royalty Transylvania