Where is Transylvania? And The Banat?

Posted by Rebecca A Emrich on May 23, 2011
I was asked where some of the cities which many consider to be a part of Transylvania are-- and if they are a part of what some consider Transylvania, Romania. 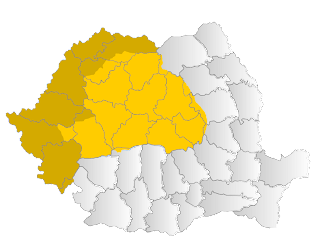 Now, this is a map where the lighter yellow is considered Transylvania proper, but the darker yellow holds a part of the Banat,  There are still many people who consider that the Banat is a part of Transylvania as a whole.  I suppose they have a small point... and no, vampires do not live there

It is considered sometime a part of Transylvania, but I suspect that is for historical purposes.  in fact there was a short lived Banat republic, but a part of the Banat went to Romania, and the other to the Kingdom of Serbia.

A Romanian city Timisoara is a part of the Banat, but the 2002 census which Romania did made it clear it considered the Banat a part of Transylvania, which can cause no end to confusion for many people.  it is similar to who has home and places in Transylvania, the Romanian royal family and the English Royal family as well as many others.
Romania Things about Transylvania Transylvania