Who Was the First Domnitor of Romania?

Posted by Rebecca A Emrich on December 01, 2011
This is not as simple a question as it may seem, as most people would not know that the term Domnitor is the equivalent of Prince.  The first King of Romania was King Carol I, and he was the second Domnitor.

The first was Alexander John Cuza.  This man was also the ruler of both Wallachia and Moldavia.  These two principalities were united to form Romania in 1859. It seems that there was a lot of conflict before that, and the people wanted a leader by 1859. 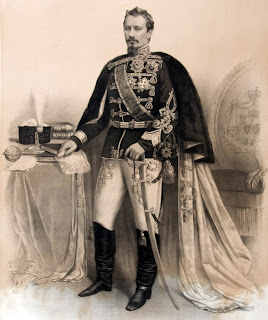 In the end he would not rule for long, nor would his family play an important long-term role.  Cuza would be forced to abdicate and flee Romania in 1866.  After this, the second Domnitor was Prince Karl, later known as Carol of Hohenzollern. ( He was part of one of the major Royal Families of Germany)