Which Bathory Branch Was Elizabeth Bathory, Countess of the Blood From?

Posted by Rebecca A Emrich on January 28, 2012
In Transylvania there was a woman who became far more deadly than Vlad Tepes. She was married to a minor prince and as such kept her maiden name-- Bathory. However she was part of a greater clan, the Bathory clan which ruled within Transylvania. This was a powerful clan for many years. Yet, it was divided into two groups: Báthory of Somlyó and Báthory of Ecsed. These were the sons of Briccius.

Which clan was Elizabeth found in? 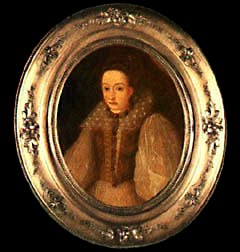 Her father was George VI, and he was a descendant of Luke, who was the founder of the Bathory of Ecsed clan.  She was also a Protestant. This information helps us understand the clan's history with the Hapsburgs as well.  The the King of Hungary wanted to put her on trial, but his advisers did not want to do that for fear of angering the Hungarian nobility.

This is a photo of one of her many castles. It is in Transylvania and is in a protected park because much of the vegetation is threatened. As with anything to do with Transylvania, many books have been written about this woman.
Austria Castles History Legends Things about Transylvania Transylvania Women