After looking at my previous topics, another one came to me. What is with people and their assumption that all of a sudden vampires are cool and harmless? I blame modern movies and television for this idea people have about vampires. Sure, Dracula was a cool story, but he was more of a cautionary tale. Women were not encouraged to pursue him. Actually, they were encouraged to run as fast as they could if they ever met him. Modern writers and media have ruined the vampire myth. I would really blame Twilight for this. The younger generations probably think that all vampires sparkle when they walk in the sunlight. They probably do not know about Angel, let alone Dracula. 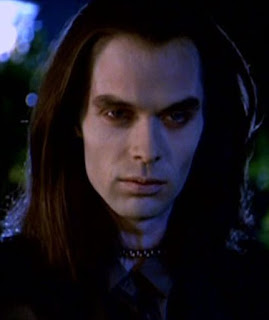 Girls think that Edward Cullen is the best thing to come along. The thing is they just like the actor that plays him in the movies, Robert Patterson. When it comes to the actual character of Edward Cullen, I find him really whiny. He has the whole brooding thing down pat, and that would really annoy me after a while. Also, I am not really fond of the personal pity party thing he does. He is usually feeling sorry for himself because he is a vampire. Okay, sure it may not be the best thing to be, but seriously, one would think that after a century he would have found some way to make the best of things. He also tried to push Bella away at the beginning. At one point he actually left her. Personally, I would want to have someone to share eternity with. 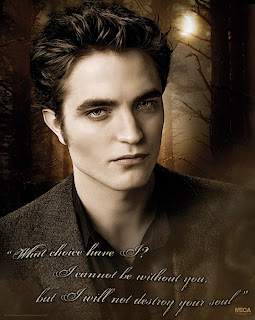 Then there is Dracula. He took his immortality for all he could get. He hunted and played games with the peasants around his castle. He went around seducing women wherever he could. He travelled the world. He had multiple wives and did not complain that he did not want to change them into vampire, unlike another vampire we all know. Dracula loved the idea of having children with his wives. As we saw in the movie Van Helsing, Dracula was willing to go to extreme lengths to give his children life. As a character profile, Dracula is very confident in every move he makes. In any story told about him, he never believes that someone can beat him. 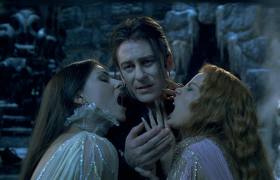 I think that The Key of Awesome described things pretty good in their song TWILIGHT SUCK! Emo Vampire Song. It is Dracula singing about how the vampire myth has gotten all messed up. They mention how the vampires of today are all whiny and weak. This video is really well done. They have the guy playing Dracula dressed in traditional Dracula clothing, including cape. One of the song's lines really makes me laugh. It basically says that Dracula wants no part of where the mythology of vampires is heading, and to wake him up when the world grows a pair of fangs. When it comes down to it, I would take Dracula over Edward Cullen any day.
Castles Dracula Legends Things about Transylvania Transylvania Transylvania Romania Writing