Vlad the Impaler had a really interesting family. For example, Vlad’s grandfather, Mircea cel Batrin (Mircea the Old) was a medieval warlord. He was famous for his struggle against the Ottoman Empire. He wanted to prevent any permanent Turkish settlements in Wallachia. When Mircea died in 1418, he left behind multiple illegitimate children. At this time there were not really any set laws on inheritance so a feud broke out. This feud was called the Draculesti-Danesti feud. It was between Mircea’s illegitimate Vlad (Vlad the Impaler’s father) and Dan, the son of one of Mircea’s brothers. In the end, or more precisely in 1431, Vlad was stationed at Sighisoara as one of the military commanders. He was responsible for guarding the passes from Transylvania to Wallachia from enemies trying to invade. During the same year Vlad was summoned to Nuremburg by Sigismund, the Holy Roman Emperor. He was one of many that were initiated into the Order of the Dragon. This order was modelled after the St. George order. 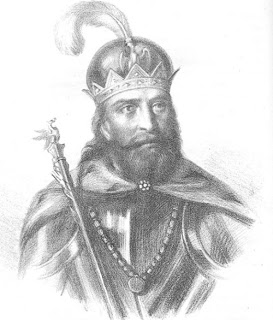 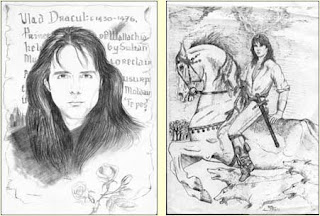 Not much is known about Vlad Tepes’s early childhood. We do know that he was the second born and had two brothers, Mircea and Radu. Most of his early childhood was spent living in Sigisoara. It was in 1436 that the family moved to Targoviste and Vlad Dracul became the warlord of Wallachia. Vlad Dracula was brought up here. He was educated in the court and was learning the ways of knighthood until Vlad Dracul’s political machinations changed everything. It was after Sigismund died that Vlad Dracul’s political agenda started to change. He went from being pro-Turkish to espousing more neutral policies when dealing with the Turks. He apparently was only considering the welfare of Wallachia. The Sultan was smart though. In order to guarantee Vlad Dracul’s support he had Vlad Dracul send Vlad Dracula and Radu to be held in Turkey. Vlad Dracula would have been approximately 11 years old and Radu approximately 7 when they were sent to Turkey. Radu was treated better while they were in Turkey because he attracted the attention of the future sultan. During their stay neither boy was harmed physically, but psychological harm is another matter. Since we are looking at things in the past it is hard to determine the exact extent of the psychological harm done to Vlad Dracula. In 1448, Vlad Dracula and Radu were allowed to leave Turkey. Radu decided to stay in Turkey while Vlad Dracula went home to Wallachia. Upon returning to Wallachia, Vlad Dracula found out that his father had been assassinated and his older brother Mircea had been buried alive by nobles of Targoviste, in support of a rival claimant. It was at this point that Vlad Dracula took on the title of warlord of Wallachia.