So, I got a comment on my post about travelling. YAY!!!! I love it when people give me feedback; it lets me know that people are reading the post and are enjoying it. The commenter asked me which era I would like to travel to. The answer is a no-brainer for me — it would have to be the High Middle Ages. For those who are unaware, it is the period between 1066 and 1500. Vlad the Impaler lived right at the end of the High Middle Ages. I know that a lot of people call this period the Dark Ages as well, mainly because they believe that nothing of significant importance happened during this era. They are very wrong, though. So much happened during the Middle Ages. 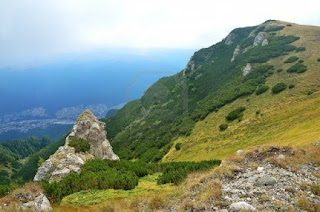 For me, the draw to Transylvania in that time period would be the people more so than the events that took place. Compared to the rest of the world, the Middle Ages were pretty quiet for the people of Transylvania, at least in the number of "major historical events" that took place. There were not too many major battles, so it would have been a relatively safe place to live. Sure, there were a lot of the small battles where people tried to seize power or maintain a hold on power. These battles were inevitable during the Middle Ages. But the people would have kept daily life interesting for themselves. They did not have television or movies or the internet. Their entertainment was the gossip or news that was circulating at the time. 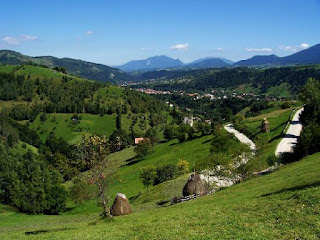 Another draw for me would have been the activities that did take place; for example, the fairs or even just the day to day life of the common people. Yes, I would choose to live life as a commoner, not a person of nobility. Sure, life would be harder for a commoner than a member of the nobility. I love doing crafts like knitting, crochet and sewing. These are skills that would have been used on a daily basis in the Middle Ages. Each region or village had their own styles and patterns that they would have used. The Transylvania styles and patterns can be hard to come by now a days, so the idea of having the opportunity to learn them is something that I would not be able to pass up. 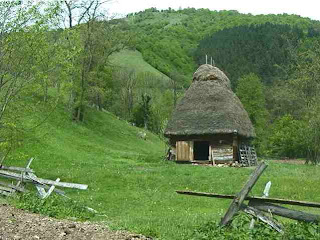 The final thing that would bring me to the Middle Ages in Transylvania would have been the people who did become famous. I would love to have a chance to meet both Vlad the Impaler and his father, Vlad Dracul. I would like to meet Vlad Dracul to learn what kind of father Vlad the Impaler had. I am also somewhat obsessed with anything that involves dragons, so learning more about the Order of the Dragon from those who were actually in the Order would be another temptation that I could not pass up. The desire to meet Vlad the Impaler comes more from a curiosity to comparing the man he was to the character of Count Dracula that Bram Stoker created. 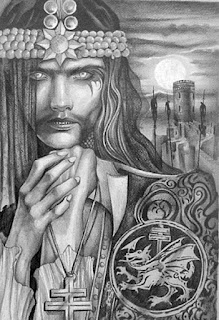 This was a post I had a lot of fun with. I really enjoyed looking things up and deciding when I would travel if there was a time machine available. For those of you wondering why I did not name Elizabeth Bathory, it’s because she was not alive during this period. Well, that and I would be afraid that she would want to kill me and bathe in my blood. Please feel free to comment and leave more ideas for future posts.
Castles Europe Facts History Transylvania Transylvania Romania Transylvania Tour Vlad Tepes Where is Transylvania