The Politics of Transylvania and Bucharest

Posted by Unknown on July 06, 2013
I have been asked to talk about Transylvania and Bucharest and their politics. This is not something that I know a whole lot about, so please forgive me if I get anything wrong. I will mainly be looking at things that could have helped influence the politics of Transylvania and Bucharest today. I plan to look into the past, and I will talk about some current situations, if they are relevant to what I talking about. 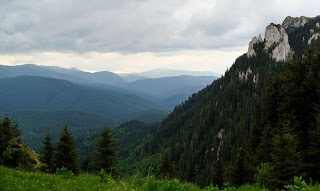 When looking at politics in Transylvania, people have to take into consideration the Unia Trium Nationum. Roughly translated it means the Union of the Three Nations. This was a pact that was made between the three estates of Transylvania. This meant that the nobles, mainly Hungarians, the middle class, made up of the Saxons (Germans), and the lower class of the free military Szeklers. This was to be a unifying pact between these three estates against the peasants, who were apparently mostly Romanians. There had been an uprising rebellion by the peasants, and the other three classes decided that this would be a good way to deal with them. They believed that they could try to keep the peasants out of the culture of Transylvania, even though they made up the majority of the population. The Brotherly Union was a precursor to the Unia Trium Nationum. This pact was made just after the rebellion of the peasants that happened in the 1400s. It was at this time that the peasants, or serfs as they were called at the time, were excluded from the Transylvanian culture.

I am sure that it comes as no surprise that things have not changed too much in modern times. The lower classes are still working themselves into the ground while the upper classes sit and debate. The current subject of debate is their elected president and what crimes they can actually accuse him of. One of the sites I found actually described the politics in Transylvania as a movie trailer. They described it as an Eastern European B movie. 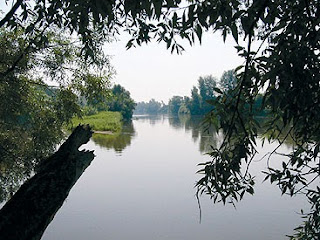 Bucharest has a long history to it. It is the capital of Romania and was the seat of power of the principality of Wallachia before that. Bucharest became the political centre for the Kingdom of Romania in 1881. There have been many battles fought over Bucharest. There were five treaties relating to Romania signed in Bucharest between the years of 1812 and 1918. Another thing to consider when thinking about Bucharest politics is that they are not a part of a wider county. This makes Bucharest unique to all other cities in Romania. Their municipal council has equivalent power of any Romanian county council. To this day there are a lot of arguments and debates that surround the president of Romania. Since Bucharest is the centre of Romania, a lot of these debates take place there. A lot of the sites I saw while researching politics in Bucharest mentioned the presidential elections.