Posted by Unknown on September 24, 2013
Hello again everyone. I have been talking about the religions that exist in Transylvania. I want to emphasize just how amazing it is that they are all getting along with each other. Transylvania is definitely a special place in that the people get along well, for the most part, and have gotten along well for the majority of history. This could be because Transylvania itself was founded by many different cultures. One of those cultures was the Germans, and some brought with them Lutheranism when they settled in the area. 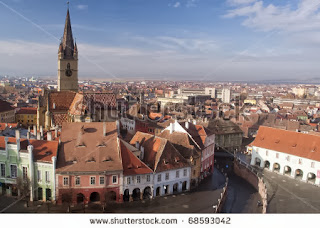 Lutherans are another branch of Christianity, and they have a large influence in Western Christianity. The Lutherans follow the teachings of Martin Luther (1483 – 1546), a German monk and former Catholic priest. Luther took issue with was the discrepancies that he saw between what the Bible said and what he saw the Roman Catholic Church doing. Luther started things off with a challenge which he called the “95 Theses”, and he posted this document, challenging 95 theological issues, on the door of Wittenberg University in 1517.  What started as a challenge turned into a full blown fight. It turned into a split within the Catholic Church, and those who followed Luther’s teachings took on the name Lutherans. 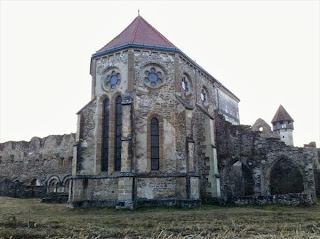 Three main points sum up the basic teachings of Luther: “Grace alone, faith alone, and Scripture alone.” This translates as “Saved by the grace of God alone, Salvation is through faith alone, the Bible is the norm of life.” Where the Roman Catholics repent their sins and do penance, the Lutherans believe that they are saved by God's grace alone, not by anything that they did on this earth. The Lutherans believe that in order to gain salvation a person must have a confident trust in God and His promises. They also believe that the Bible is the only way to standard by which to judge teachings and doctrines. They live by very basic rules. There are really only three, almost everything falls into one of these three rules. There is another thing that Lutherans do slightly differently, and that is how they celebrate on October 31. This was the date in 1517 that Martin Luther initiated the challenge. To this day, Lutherans celebrate this day as the beginning of the Reformation.