Posted by Unknown on January 05, 2014
Today I am going to continue with the Elizabeth Bathory theme, looking specifically at her arrest, trial and death. I find the story interesting because of the convoluted investigation and who was involved. 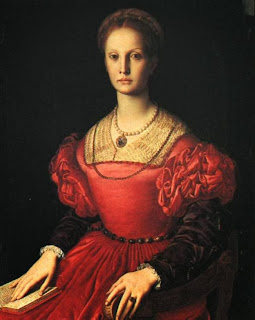 A Lutheran priest initiated the investigation and then the request for Elizabeth’s arrest. The investigation was conducted by Gyorgy Thurzo, who was a member of a very prominent Hungarian noble house — although not a member of the Hungarian Royal Family. He collected statements and testimonies from multiple people about Elizabeth’s activities. Once Elizabeth was arrested, Thurzo had her son, Pal, and two of her sons-in-law assist in determining what Elizabeth’s sentence would be. They did not really like the idea of a public trial and execution. If they had gone that route, it would have caused great scandal and disgraced a prominent noble family. It also would have meant that all of Elizabeth’s lands would be seized by the crown, and Elizabeth’s family did not want to risk that. 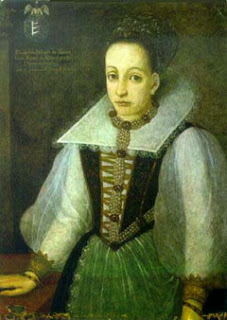 Elizabeth was put under house arrest. During the trial, the courts decided that Elizabeth had four accomplices. Thurzo tried to convince all of Elizabeth’s servants to testify against her, and eventually all except for one did so. The one who did not testify was tortured and then burned at the stake. Three of Elizabeth’s accomplices were also tortured and burned at the stake. The fourth accomplice, Benicka, was sentenced to life imprisonment. During the trial it was determined that Benicka was bullied and forced by the others into doing what she did. Elizabeth was not actually put on public trial. 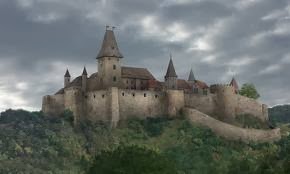 Elizabeth’s punishment was life imprisonment. She was to be walled up in a room. There was a small slot in the wall whereby the guard was able to supply Elizabeth with food and water. Matthias, the king of Hungary at the time, wanted to have Elizabeth put to death. I believe that he wanted this because he owed her much money, and he was unable to repay her. Elizabeth’s family agreed to have her walled up in Cachtice Castle. It is known that Elizabeth remained there for four years, living alone and having meals delivered through slots in the wall. Elizabeth was a very social being, and this way of life would not have been easy for her at all. Elizabeth’s actual date of death is unknown. What is known is that a guard saw her dead body and a few trays of food around her body that were untouched. It appears that Elizabeth starved herself to death. It would have taken her about seven days to die since it was reported that she continued to have water but not food. It appears that Elizabeth was ready to end her life and did it on her terms and no one else’s.
Bucharest Castles Cities of Transylvania German Hungary religion Royalty