Who was Vlad Tepes' Second Wife?

To continue from a post entitled Who Was Vlad Tepes' First Wife? we look to Vlad's second wife to where his family tree continues. Since his first wife committed suicide, she thought him dead, this left him a widower and free to marry again.

Now in between wives he had a son with an unknown Transylvanian woman. His name was Mihail and later changed it to Mihnea the Bad, to walk in his father's footsteps of bloodshed against the Turks.

With the illegitimate child touched upon, we move onto the second wife of Vlad Tepes, Ilona Szilágyi. Ilona Szilágyi was not as delicate as Vlad's first wife. Ilona was heavier set and by the pictures and paintings that grace the Internet, Ilona's features were very masculine.

Most of the family trees online just focus on Vlad and his children. In going back to King Matthias' side of the family, there is no talk of a sister named Ilona, however, Szilágyi was his mother's maiden name. This leads me to believe that she was a cousin rather than a sibling.

I just want to point out if you look at pictures of King Matthias mother, Erzsébet Szilágyi, and Ilona's, side by side, the resemblance is uncanny. But then again, my own wife looks like her Aunt more so than her own mother. But the point is that the relationship, in some capacity, to King Matthias is established.

King Matthias was the one to imprison Vlad at the Oratea Fortress. Vlad was betrayed because of the King's plans for being named the Holy Roman Emperor did not align with Vlad's war against the Ottomans. 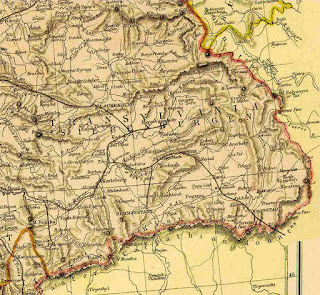 The year was 1462. Again the timeline is fuzzy. We don't know how long that Vlad stayed imprisoned, however, he was able to meet and marry Ilona Szilágyi in 1466. I would assume that he was out of prison to woo his prospective bride before this date.
With this marriage, Vlad was able to win favor back with the King.
Ilona bore Vlad two sons. In 1465, the year before the wedding, I might add, which would have been a slight scandal, Vlad IV Dracula who spent time in the King's court and Mircea who lived with the Bishop of Oradea, before falling ill.

Mircea returned to his home where he died in his mother's presence. They lived in a house near the Hungarian capital which was a wedding gift from the King. The family tree then gets a little muddy as the surviving children of Vlad marry into Hungarian royalty.

What is interesting about Ilona Szilágyi is that she is a mere mention on all sites related to Vlad, as well as far as birth date or a death date I am unable to find one.

Her father was Michael Szilágyi, however, a look back through his life history only reveals that he is the father of Ilona, with no mention of dates of birth or death. Only referencing that she was the second wife of Vlad Tepes.

The sites alone that mention her are short in content, having only a small amount of information and are slightly inconsistent.

I understand that Vlad Tepes is the one with the spotted past and the inspiration for the greatest fictional monster/villain of all time, but there is a reason why Ilona Szilágyi should have made more of an impact in the history books.

Why is Ilona Szilágyi so important to the history of Vlad Tepes?

It was one of her sons; different websites and different family trees argue about which son it was, however, the general consensus is that it is one of her two sons, that can be lead to the current royal family in England.

Since the Royals all married within the other Royal families, it wouldn't be hard to find a link to any family if you look far enough back.

Some genealogy sites have even made a connection, and I don't know how much truth there is to this, but that the Twilight series starring actor Robert Pattinson is a descendant of Vlad Tepes.
With that being said, if it is true, I guess being a vampire runs in the family.
Castles Hungary Nobility People Romania Royalty Transylvania Romania