Hugh Jackman is a sought after actor, and one of his roles was that of Van Helsing in the movie Van Helsing.

Although many of us are familiar with the iconic character wolverine, which he portrays, what many others don't realize he was also the title character in the movie Van Helsing, which was about the man who would know much about Dracula, and was one of the major characters in the Stoker novel of the same name.  Van Helsing was it should be noted, a red headed man.


What interests me about this movie was the fact that it was more for an audience who wanted a CGI based view but also the darker aspects of Transylvania.  There was the usual fare of dark, grey colours, and the monsters: Dracula, and werewolves and Frankenstein, and also the damsel with some fighting abilities. 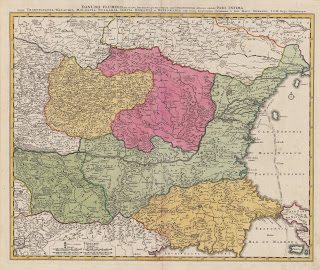 What was interesting was not the movie in and of itself but rather how well Hugh Jackman seemed to fit into the role.  The reason this is of interest to me, is that there is once again talks of a reboot to Van Helsing.  Similar to Dracula, one has to wonder about the idea of rebooting this film.  While it did okay at the box office, I can't see it doing well again.

Van Helsing in my mind is Hugh Jackman.

That being said, what bothered me as well was the typical North American portrayal of the area, of Romania and Hungary.  I sat down to re-watch it to see if there was anything I might have missed, and I am still of the mindset that a mainstream movie is not helping the image of Transylvania.  However, to make it clear they set the time as 1887/1888 and this was when Transylvania was a part of Hungary.

This allowed some leeway in regards to the weapons used and the technology, but that also made for a sort of steampunk motive where there were weapon in the movies which wouldn't have been there at the time.   There was railways and trains and other modern technologies, and in the villages, although there would be cold and snow, the peoples were not by and large a group which would have believed in vampires or would have accepted the fact this man would kill people. This being said, the part of the movie which worked was the actors.  In a sense it's similar to the many royal families of Europe, everyone is related to each other in a round about way.

All of them have non-American accents and these were toned to something with more of an American feel.  A viewer can actually see the actors in their roles.  This was used wisely, and it is really a who is who of 2004 and beyond.