Being Passionate and Accurate About Transylvania

Posted by Rebecca A Emrich on February 17, 2016
Below are statements about Transylvania, which over the last few years I've come across, or had said to me. 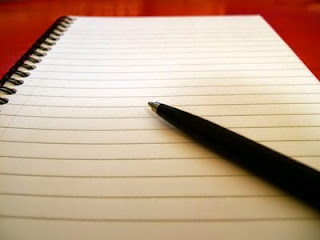 If you are passionate about Dracula, the first one might be, the second statement is certainly not, and the last is true.

When a person is accurate about the statements they make, then and only then can they be passionate about the subject matter.  Why should a person be accurate about facts and figures especially when it comes to history or places others can go to?  In part because of how easy it is to check the facts, and the numbers.

For example, let's take the number two 'statement'.  While it is in accurate on one of the fronts, the one which is the fact that while Transylvania has the Carpathian Mountains (or is full of mountains), there are countless things to go and see while you are in the area if you are a tourist.  If you love Dracula, then look no further to Bran Castle, if you are a fan of Royalty and the places they lived in, Bran Castle is one of the many places you can go, along with Alba Iulia.  Alba Iulia, is the city where King Ferdinand and his consort Queen Marie were crowned King and Queen of Romania.

There are many places where both the Romanian Royal family and the Kingdom of Hungary had made their mark on the land.  There are centuries old castles, and villages which have historical and cultural value, and give a person a peek into the area and its cities.

Then, there is the many cities, such as Brasov which give people the idea of the cultures and peoples who have lived in Transylvania for centuries.  This is another popular tourist city, which had taken part in the Protestant Reformation, and, its church is known as the Black Church due to the fire it suffered many years before.

Wikipedia and other sites, also force people to be accurate, as there are often some inaccurate statements which are found online.  The best places to go are to books, and there are many to read and to help learn about Romania and Transylvania.  The more accurate a person can be the more they will become passionate about the subject.
Castles Cities of Transylvania Romania