Why Should I Visit Transylvania? 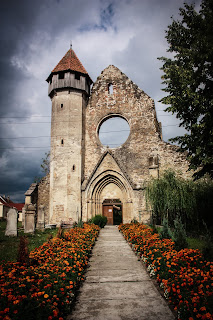 Let's play a game.  Say you want to do a bit of traveling outside of the normal routes.  Say that for you, London, Paris or Berlin are places which you have been to, and would want to visit something not too hot, so not Italy nor Portugal or Spain.  A bit of history is what you are after, along with some very interesting local stories.

You want to see some older buildings which have bloody histories, and some which have world famous people who have lived in them.  You want to visit small towns which date back centuries which seem to be lost in time.

Where should you go to travel?

Let's be clear, you want something a bit different and you have been to all the places listed before, but something familiar would be fine with you.  This is why you should visit Transylvania.  Take for examples its castles, at nearly 700 of them, they range from the famous- Bran Castle- to ruins which you can explore as a tourist. There are older abbeys which have histories dating back more than a 1,000 years.  There are converted churches- from the Lutheran Churches to the Romanian Orthodox.

The food is also impressive, it begins which the mix of Hungarian, the Romanian and the German.   There is a great deal of Asian flavour and Middle Eastern, as the Mongols and the Ottoman Empires would attempt to invade from the East.

Some tourist go to see the land, because of the fact that it was the 'gateway to Europe.'  The past and the present seems to collide, when in a few hours one can drive in a very metropolitan city such as Brasov, only to find centuries old villages which have stood the test of time, and they are still inhabited. For people who have not lived in Transylvania, but have family who did, it is always amazing to search on Google Maps, and see the villages that the family grew up in, and where much of the village is intact and is maintained. 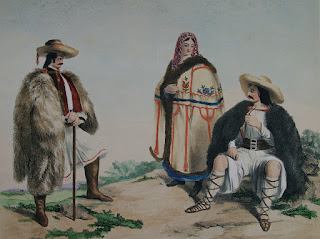 There are religious aspects to the land, this is where cultures seemed to have an idea of how to live, or co-exisit in some fashion with Catholics, Lutherans, Jews and Romanian Orthodox living and worshiping in the same area.  This is a land where the people have both much, and very little.  It is a land which survived and thrived under many types of politics.

The cultures have survived and carried on, and they are a link between the past and the future in Transylvania.  It is a land where the community and the culture are still an important part of Transylvania.

Transylvania, is a place you should visit, not only for the major attractions but also for the less important ones- the people and the smaller communities, where the investment and the memories are so vital.  It is a place you should see to learn about, and to enjoy.  Give yourself the credit, and not only go to see a place such as Bran castle, or to the city of Brasov, but also to the outlying communities which have as much if not more history to them as.