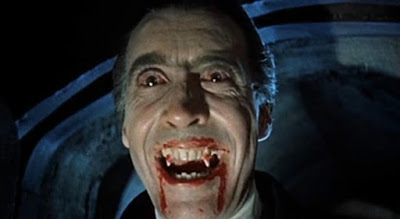 There is something about Dracula which is a source of interest to many people.  For some it's synonymous with Transylvania, and for others it's the feeling of power and magic which Dracula has: he's undead.  In fact it is the father of all vampires.

The book is also uses very powerful imagery.  The idea that it is written in letters and journals and various other media make it all the more fascinating for the reader.  At that point, horror wasn't the thing- it was considered an adventure story.  The fact that there was death and evil made it more of a selling point. It was exotic in its own way- being played out in a land which, at the time took weeks of travel to get there. It gave the magic to the reader that Frankenstein and other novels of the time also created.

It didn't make money for Stoker while he was living, something that many would learn from later sources, as his widow was a strong support in keeping the novel and legacy alive. After his death it was the magic of movies one in particular: Nosferatu, which would eventually help give new life to the book.  Some changes were made, but the land, Transylvania was the same, and Count Dracula became Count Orlok.  The second setting was in Germany in Nosferatu and in Britain in Dracula.

Count Orlok vanishes in a puff of smoke at the rise of the morning sun, due to his need to feed on blood, Dracula, in the novel dies from the combined wounds to his neck and heart. 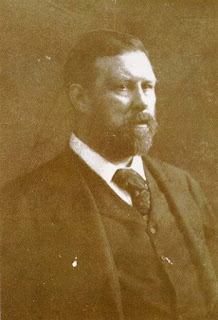 With the movies and the many ways Dracula dies has always made for more of a mysterious aura and the idea that he can only die under certain events (sun, dangerous and many mortal wounds) In Nosferatu the Vampyre was see a remake of the first movie, and the ending is similar, with the sun he dies, but Van Helsing would drive a wooden stake through his heart to make certain. (Unlike Count Orlok, who vanishes with the sun)

All of them are killed by sunlight or to numerous wounds.

All of them are nearly immortal. He is undead, or a walking corpse (not a zombie) with an evil character.

In most cases, they have super-healing factors, but can be killed by other means (see the Dracula novel) but that is hard to do.

In some movies, as in the book, Dracula has the power of telepathy, the ability to read minds, and to hear his "children" if they need help- should he ever be close enough. (in Bram Stoker's Dracula the movie with Gary Oldman, it's clear this is one of his powers.)


Dracula, a simple novel created magic and the genre of horror and a lasting legacy of horror where the powers of good vs evil are found and fought.  It is where science and myth join and where a land developed more of a magical meaning to more people.
Castles Dracula Transylvania