Those Who Don't Learn.

It's an old cliche but today it seems appropriate "Those who don't learn their history are doomed to repeat it." That's not the exact quote, and quite, the one which is possibly more true is the quote "Those who cannot remember the past are condemned to repeat it" (George Santayana)

It's not a false statement, but it's not entirely true in the modern times.  As a culture we have too much information now.  It can be oral tradition, or written history.  It can be a person's own memories or a biography.  Either way, there is a lot more out there for people to learn from.  But....

What sort of thing do we actually learn?

In many places there is the great push of "100 years ago this happened."  As people we can learn from wikipedia, or the glossy magazine cover of what happened so many years ago, and have a general idea of how this event or that event took place.  Unfortunately, the people who were there are no longer living testimonies to these events.

For example in Romania, the last veteran of the World War One passed on in 2007.  Based on records, there are no surviving World War One veterans alive now.  They had their memories of war, and many told their stories, but one wonders how long before similar events happen?

May I suggest that if you have a moment to go and play the game 'telephone.'  As a child, it taught me  the value of messages and stories early on.  In this game you sit in a group- the bigger the better- and  one person whispers a message in another person's ear.  It's simple enough.  Then, the next person passes on that message, and it goes around in a circle.

Most of the time, the message gets distorted, and it's all rather funny when "go and get me some candy" becomes "go find the fish for me." The right words are important. That's the challenge of oral history, somewhere along the lines the story changes.  Not always because of something someone willingly changed, rather because   people can, and do mishear things.  Innocent enough when it is a simple message.  However, this game has a bigger meaning to it.

You learn quickly not to trust your hearing, and this can be a quick game.  Imagine what history would be without as much writing in it.  However, the basis of history is "words" the spoken word, then it is written from memory or from another source. 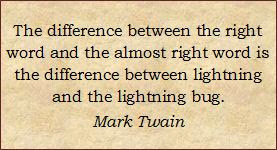 The telephone game if you will in a larger context- that of world history.  In some cases it is entire countries.  In some cases it is family.  In others simply part of the country.  In Romania, the facts are clear, the Romanian government joined with the allies and was quickly overrun by the surrounding armies.  In the end, they still were able to claim overall victory, and gain territory.

To be clear, this doesn't tell the whole story.  Romania entered the war in 1916, and by May of 1918 signed a peace treaty.  The reentered the war in November of that same year.  Sounds like a basic structure- it is basic historical fact, no one would argue this.

However, if one doesn't learn from history, or more to the point one doesn't dig deeper, then you cannot truly learn from it.  The aftermath of the First world War gave rise to the Second.  In the grand scheme of things it meant another large scale war.  In Romania and Transylvania it meant many reviews of treaties and general animosity between peoples and cultures. Oral tradition comes into play.

You learn from history yes: what do you learn though?

In learning you keep an open mind, you ask questions.  Often, it's not the simple answers that are wrong, rather is it the way we create the answers.  Hungary was a part of the losing side of the war, Romania- the victor. Even reading a book such as the History of Hungary

, one will see a different tone than if it's more focused on Eastern Europe.

What is written in history is based more often upon the victor's view of things.  This is especially true when dealing with history which is more of a modern history.  There are still men and women who lived through the Second World War, and their experience changes how many view the events.  Those who had the experience should be listened to, and learned from, but as with the game of telephone, one can ask questions.

Maybe, the best answer is: those who don't learn to ask questions from different sides are doomed to repeat them.