What is the fascination with Dracula? 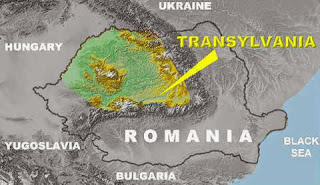 I don't think most people really know Transylvania, Romania, or its long history with legends and other people, when they talk about Dracula.  However, that being said, digging within the history of Hungary, there is someone else who might just fit the "vampire" persona much better.

By this, the vampire persona, I mean the reference to Dracula drinking blood.  The quest for immortality and the evil results it can bring.  This is especially true of people in power.  Many centuries ago there was a woman who was a royal blood living in Transylvania.

She was known to history-- local history-- as the Blood Countess, or . She feared death or at least the loss of her beauty. To keep it she killed (according to some reports) 600 girls to keep her youth.

Why do we not mention her?

I write about this, and the fact that because Dacre Stoker (great grand nephew of Bram Stoker) wrote another Dracula book, entitled, Dracula: Undead.  It has been published for many years, but upon re-reading it I have some new feelings.  I don't think he knows much about Transylvania or Romania, although I am sure he's visited it, or knows of the area.  he is passionate about the Stoker name, or more specifically, the Stoker brand linking it to Dracula.  One thing I am certain of: he does however know a lot about marketing.

In this book The Countess of the Blood is the main antagonist.  It's rather fitting in a way that over the years both Count Dracula and Bathory have sought immortality.  However, it is for different reasons and different means that they have done this, and in the end, it's a rather bittersweet moment for all of the characters.  It tries to make Dracula a lot more sympathetic but also it tries to increase interest in our fascination with Dracula.

If Dracula is supposed to be from Transylvania why focus on London? 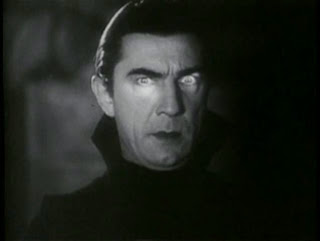 I think in this case, the younger Stoker wanted to mimic, with limited success, his great-grand uncles' later success.  One must recall that the first book, Dracula was not a success during Bram Stoker's lifetime.  It was the advent of Hollywood and movies, which helped him, or rather his widow, see his book become a success.

Dacre Stoker has argued that his novel was written to re-establish the Stoker name and creative control over the novels of Dracula.  In a sense, he brought too much to the table and not enough backstory to it.  The Blood Countess did not need to be in the book, and she wasn't as strong as one would have thought.

The real blood countess wanted her beauty and would do anything for it.  In this regard, the Blood Countess and Dracula had different motives, and even in their own lives, had different motives for the thing that they did.  The same goes for the land they lived in, and played a role in many of the castles and people there.  Even then, the more famous, Bran Castle has a focus on Hollywood and Dracula as opposed to other parts of the land of Romania and Transylvania.

The world has changed and the focus is on the myths that Hollywood has for these two people.
Castles Dracula Transylvania Transylvania Romania Vlad Tepes