YouTube is, behind the Google search engine, the second largest search engine that is found worldwide, (although, granted this it is  a part of the Google parent company Alphabet, but for searching videos it is the largest.) because of this, you should publish your videos on YouTube.  The challenge is the numbers, according to various sources, content creators produce about 500 hours each minute.  You might be thinking "well that's great, but I already know that!"  It's true most people do.

It doesn't give you the answer to the question of: why should you publish your content on YouTube. If you went out and started producing content today, you'd start at 0.  No matter what anyone says, it's not the place where "SEO" or "working hard" will help.  This is where you go out, with a smartphone or some type of video camera, and film.  Editing at this point is optional, but you should have a goal in mind to start learning how to edit and make a video better sooner, as opposed to later.

Getting a video up on YouTube is a moment you should be proud of, but now comes the hard work. Why were you doing that video in the first place.  This is where you have a hobby.  This is fun, and let it be fun.  After all it's your first video and you can grow from there.  Don't compare yourself to anyone at this point, it's your brand new channel.

Here's some quick pointers on why you should publish on YouTube:

1) To start with it's fairly easy.  Smart phone with a camera? good, you can publish using the app for YouTube.  Pick something you enjoy and start by pointing the camera.

2) It's big.  Yet, in many communities within this huge search engine you can build networks you never thought you would have. For example: automotive, scale models, books, books reviews, how to put on makeup, how to do crazy things, for most people you can always find what you're looking for.  If you can't well, then maybe that's a thing you might be able to share, and build some networks as you do.

3) It's a place you start at, but it's not the end game- unless it's just a hobby.  Some of the content creators have more than just their channel, some are big enough to have TV deals on the side, or their own TV shows, so branch out! Most have merchandize, and stores for that too.  Aside from that you should start somewhere, and yes there are places such as Facebook, tiktok, Instagram, twitter etc, who allow you to post videos, let's be honest, if you hope to expand, YouTube is one place you have to consider.

4) It's constantly changing, and this means more people around the world can find you. It has potential, and with some steady effort you can grab the attention of people from other parts of the world.  In fact, a video you might not expect to do well just might because of another country. YouTube is also changing and growing, and while this can and will have some negative impacts, you can keep going if you want to, and are willing to adapt.

5) It's a place to create content, and one day possibly to earn income.  This is a tricky one, I'm sure you wanted to read "publish content and make money." However, that's actually only part of it.  YouTube does have requirements to get there, so here they are 1,000 subscribers and 4,000 hours in 12 months to get to the point that you can apply to the partner program.  Then it's just small bits of change here and there, until something takes off or you have enough of a network to keep growing.  So when starting out, it is just a place to create content. 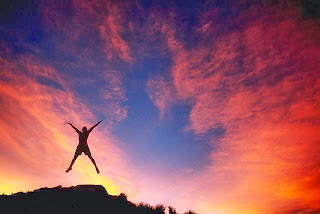 Roy Marko has his channels for many years, and fortunately for him, the networking paid off, but now it's an every day thing to keep growing.  For one channel, this means a lot of raw footage that isn't used unless you have bloopers or an audience who enjoys that sort of thing.  The process is the same as it was a year ago, and it's a slow one, but publishing the content is very rewarding for him.

There you have it, five quick points about why you should publish your content on YouTube.  The key to note is that at some point you will get some money, but that's another article.